In March, DIMONT announced an investment from Renovo Capital, a Dallas-based private equity fund. In partnership with a veteran management team, Renovo Capital’s investment enables DIMONT to continue to grow and innovate, while benefitting from Renovo’s sector expertise. In connection with this transaction, Denis Brosnan agreed to a new five-year contract to continue his role as president and chief executive officer of DIMONT.

August was the beginning of conference season for DIMONT, with several members of the company’s leadership, business development and operations teams attending the California Mortgage Bankers Association (CMBA) conference, at which DIMONT was a Platinum sponsor and exhibitor. At the MBA Annual tradeshow in Boston, the team entertained clients and prospects at a DIMONT co-hosted event on the first night of the conference. Members of the leadership team also attended the MBA Servicing conference, American Legal and Financial Network (ALFN) conference, National Property Preservation conference, Texas Mortgage Bankers Association (TMBA) conference, Auto Finance Summit and Used Car Week.

Amid the company’s busy schedule, two strategic hires and a number of internal promotions were announced:

“This year we focused on growing the company by networking with key industry participants to pursue issues of common interest and by having a strong presence at a variety of significant conferences,” said Denis Brosnan, president and chief executive officer of DIMONT. “This enabled us to build our relationships and grow internally, as well as enhance the quality of our services and drive productivity. We look forward to entering 2017 with all of our new, talented leaders helping us to expand our offerings of enhanced insurance solutions to our clients.”

Founded in 1996, Dallas-based DIMONT is the largest provider of specialty insurance and loan administration services to the residential mortgage and auto loan industries in the United States. Additional information is available at www.dimont.com.

Founded in 1996, DIMONT is a leading provider of technology-enabled solutions in specialty insurance claims processing for mortgage and auto lenders, servicers and investors in the United States. 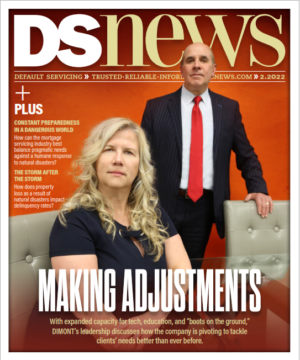